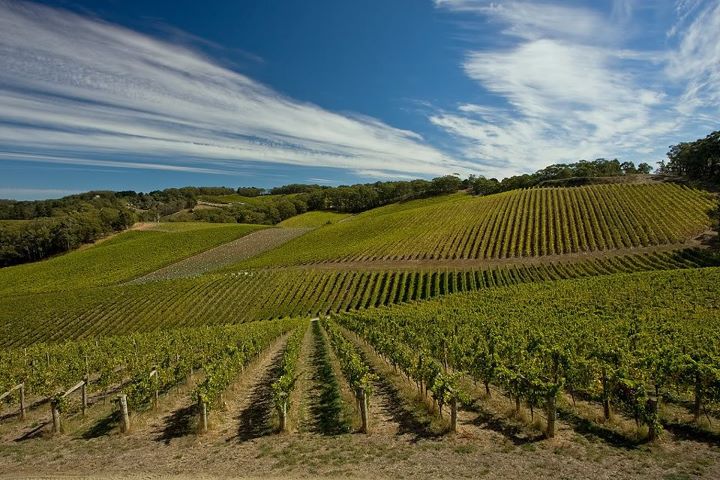 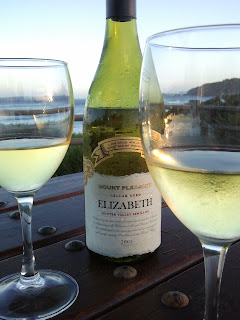 Years ago, I searched a ridiculous number of wine outlets in Sydney looking for this wine. Knowing that 2005 was a grand year for Semillon in the Hunter Valley, I had been waiting for the 2004 vintage to run dry and for 2005 to finally be released. It remains unclear to me just how much was sent to the market place at the time, but I was unable to find one bottle of 2005. Every store had the 2007 vintage instead! Thus it was a case of serendipity, when during a recent holiday on the mid north coast of NSW, I stumbled upon a bottle of Cellar Aged 2005 Elizabeth in the local bottle shop.
This wine was spectacular. With a lighter colour than would be expected for a seven year old wine, the wine was shrouded in a bouquet of lemony goodness. The bottle age shone through on the palate which showed intense citrus characters and a delightfully creamy texture. Fantastic value - 95.
P.s. The 2005 vintage is still available from the cellar door for $118 per dozen. I'm told there isn't much left. What a surprise.
Posted by David B Hemmings at 9:42 pm

David B Hemmings
Sydney, NSW, Australia
I set out on my wine journey at 26 years of age. Now, more than 10 years later, I am yet to reach any clear destination, apart from the realisation that I love wine. I have tried to make up for lost time, but there are so many wines that I am yet to understand and there is so much more that I have to learn about wine. The journey continues... 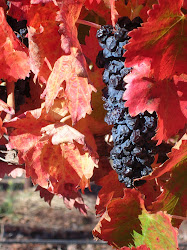 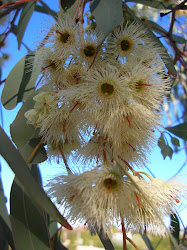 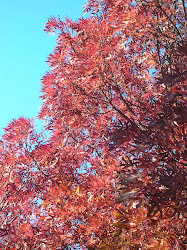 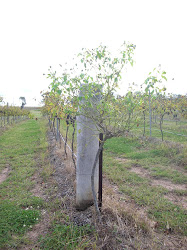 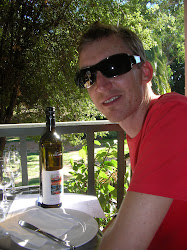 On the verandah at Peter Lehmann's cellar door